A Maasai Woman’s Message to the World

My hope for the future is that the world will be a better place. I am a Maasai lady from the Manyara Region in Tanzania. My name is Naramath Lucas Kariongi, and I am 24 years old. If I have to share my message with the world and mainly with people affected by climate change, I will tell them to plant trees because every tree planted is the temperature reduced. 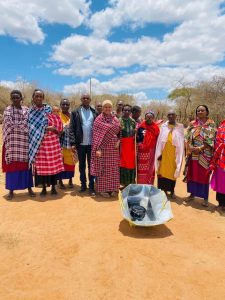 My parents are livestock keepers, and like many Maasai, we rely on agriculture and farming as the backbone of our economy. We depend on the environment. Growing up, we had eight rivers flowing throughout the year, and temperatures were moderate. Our village was covered in acacia trees and many more large trees. Life was beautiful. I grew up in Terrat in Simanjiro Manyara, best known as a developed community, as there was a company providing us with electricity and water.

I noticed the changes when the temperatures began to rise, and the population increased rapidly. People cleared the forest to establish settlements. They came knowing there were business opportunities. We had market days every Thursday, and people would come from all over to sell their things. Trees were cut down to produce charcoal which people would sell. It is used for daily activities like cooking. Access to water and electricity motivated people to live there. As I said, we had eight rivers that flowed throughout the year. But now we only depend on one river, which only flows seasonally. 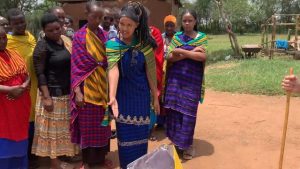 Our communities are facing many challenges due to climate change. The land has become very bare and open. We depend on the environment, so many livestock have been dying due to hunger. The economy of the Maasai communities has been downgraded because they cannot fetch the same prices for livestock, and the harvests are unreliable. It pushes me to be an agent of environmental change and bring changes to communities across our country and, if possible, across East Africa. I believe by planting trees and taking care of our environment, we will create a better place for tomorrow. I think the rivers may flow again, and people may depend on the environment once more.

I believe everyone should join our effort to save the environment. I mean, very personally, I cannot bring about all the changes alone, but if we come together, I believe we can. Five years ago, I came across RUCOSUO, an organization that campaigns for environmental conservation and helps the Maasai communities. I started with clean cooking, which uses solar rather than firewood.

I’m a solar expert and a trainer of trainers, and I am currently studying medicine, specifically radiology. I have seven siblings, and I am the second born. Both my parents and my siblings are solar engineers and solar experts. They inspired me. I travel the region, training women and youth in solar cooking and supporting tree-planting campaigns. It is our way of motivating women and youth in environmental conservation. 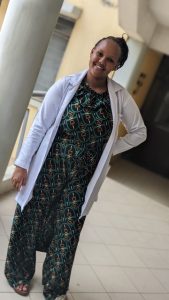 We see communities adapting to clean cooking, and they are planting trees. The changes to the environment are slow. You plant a tree, and it might take a very long time to adapt because the land has become very open, leading to lots of wind and soil erosion. There is little water, as the earth isn’t able to store it. We see that It takes time to change, but people are really engaged and have established different groups around environmental conservation where they live. I believe the environment will start showing changes and corresponding to what people are doing.

I am very happy I can study and work. I am the firstborn in my family to go to university. It means a lot to me. I believe I will also open the way for my younger siblings to join university, being a role model to them and showing my parents and the community that it is possible. I was inspired to study radiology because, in the Maasai community where I grew up, we had to travel far to reach the government hospital as no such service was available locally. For many Maasai, this is still the case. When I finish, I would like to establish a centre where people can access X-rays and ultrasounds and don’t have to travel such long distances.

Based on my story, I see how we used to depend on the environment, but currently, things are changing. People around the world need to realize that the environment and the earth are what we have in common. So we all have to join our efforts, join our hands in one way or another to fight all the ways that we are causing climatic changes such as deforestation. Things are changing, we are now seeing some good and some bad changes, and despite all of this we are still strong. I belief that we can still rise and survive the climate crisis.

A HOUSE IS NOT A HOME WITHOUT A GARDEN

This is how Julieth conquered skin shaming

Todays book of the week is "Out of Darkness, Shinn