NdoZvandiri: The life of a Girl living with HIV

Life is hard. It’s even harder when you are a woman living in a patriarchal society. Now add being HIV positive, a sexually transmitted disease in a community where sex is taboo. That’s when you realise being labelled a “bitch” does not just apply to the female dog!

Life was blissful enough growing up. After all, ignorance is bliss. I never understood why I was pampered or my health was so well taken care of. A simple cold would send my father running all over and my mother sitting by my bedside all night. I just thought the pampering was a benefit of being the last born. It was only when I was 10 years old that the pieces started falling into place, even though they still puzzled me. It was then that my parents disclosed their HIV status to me and suggested the possibility that I, too, could be living with HIV. I just brushed it off. I was young and carefree and never once thought that, yes, I, too, could be infected. 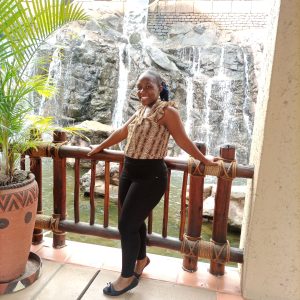 Ten years later, reality came knocking on my door. During a routine check-up, an HIV test was suggested, and I gladly welcomed it. What had I to fear? I was just 21, not yet sexually active, and not using drugs, so where would the virus come from? When the results came back positive, that’s when all hell broke loose. Memories of that bedside conversation with my parents all those years ago raced around my head. So, it had been true. I was living with HIV.

The sheer level of disbelief struck me down. I could not stop crying since my parents (especially my mother, who should have been there to comfort me) were gone. I had only read of stigma and discrimination toward people living with HIV. I had never thought I would experience it too. But I did.

Relations with my stepmother had become strained ever since my father passed away, and now, they just got even worse. My stepmother was delighted, filled with utmost joy, that I had tested positive. She had always disliked how my father had pampered me and now felt this was payback time. I will never forget the words she uttered in my ears as we walked from the clinic, and I was crying over my positive result, “Makugwara zve? Zvino unoti uchapepwa nani? Waivhaira zve na baba vako zvino varipi?” ‘You are now sick? Who will take care of you now? You used to be a showoff when your father was around. Now, where is he?’ She did not stop there but went ahead and disclosed my status to her friends, saying, “Anogwara zve uyu” ‘ She is unhealthy’. She would laugh and make fun of me as if she did not know how I had gotten infected and made it seem like it was a result of prostitution. When I needed food to take my medication, my stepmother would lock it all up, discussing it with her younger sister and denying me food when I needed it the most. I lost weight and fell into a deep depression from the sheer level of stigma my stepmother showed me. I lost all hope in life and even lost my hope in love. 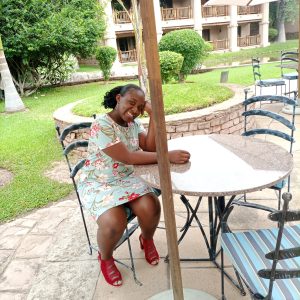 I had met a guy I liked, but my stepmother went behind my back and told him I was living with HIV without my knowledge. The embarrassment I felt was so immense. I felt like creeping under a rock and never coming out. I feared ever going into the dating arena again to suffer the same disclosure of my status and the stigma which would result. The fear got even worse when one of my stepmother’s friends who lived next door actually mocked me in front of everyone that I was nothing but a sickly girl “murwere”, she shouted with contempt as I passed. The incident struck me and hurt me. I hated how I was stigmatized because of my status. I did not want it to keep happening, and I wished for justice. No one has the right to disclose my status without my consent like that, I thought.

I am not sure where I found the bravery, but I reported the matter to the police, hoping that they would help me, but it was all in vain. They did not take my situation, my feelings or my rights seriously and even made fun of me too.

And so, I walked every day holding my head high but being splashed with stigma all the way. As I looked around me, I realised this was not just happening to me. Young girls living with HIV in my area were failing to reach the milestones they should be reaching because of the stigma all around. They are settling for less, delving into abusive relationships because they are told, “you are even lucky I am dating you”. I have told my story because I want this to end. Let’s end stigma and discrimination. Let’s not take advantage of girls living with HIV by thinking they are nothing but loose girls to be slept with and discarded. Let’s raise the banner high. Living with HIV is not a disability. Let’s end this discrimination because this is ME. Love me all or leave me all. ndoZVANDIRI.

Tags: African girl, discrimination, her story, HIV, HIV positive, life, past trauma, this is me