Siphiwe Sithole tells us about the idea that transformed her life

That I would become a farmer was just not on the radar. I did not see this coming. I trained as a journalist at Rhodes university and went on to do a postgraduate diploma in advertising and marketing. After that, I worked in different marketing and public relations positions for corporations and organisations.

In 2015, The Tony Elumelu Foundation accepted me to participate in their Entrepreneurship programme. I had an idea to grow food for African ex-pats living in South Africa. I understood that most people migrating are at the bottom of the pyramid. They are moving from one country to another for economic reasons. When they get into that country, they have to scramble for food. They don’t have money to buy groceries for the whole month. They’re literally looking for food on a daily basis. They are looking for fruit and vegetables they cannot get. 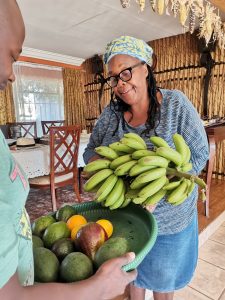 I come from Mpumalanga, close to the Mozambican border. When I lived in Cape Town I couldn’t find things like cassava. Each time I would go to the neighbourhood market, I just could not find the stuff that I could relate to. The demographics of the country have changed. The demographics of certain regions have changed and yet what has not changed is what you are finding on our shelves.

African Marmalade is an African farming business that grows indigenous crops. We started it in late 2015 with the intention of growing food. When I went into business, I thought that, as a top performer in the corporate world, I would be able to hit a profit in six months, but it just took longer. The reality of climate change confronted me; I just did not have the way or reserves to deal with that as a farmer. Being self-funded was pretty tough. I was very cautious. I did not want to make loans to run the business. I had to drastically lower my standard of living. I could no longer maintain the same lifestyle that I had while I was working. 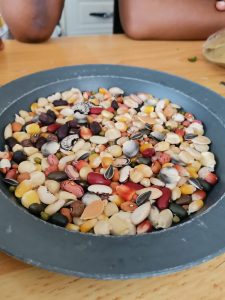 Sometimes I struggle to even imagine my life before me going into farming. I keep saying, guys, ‘What did I use to do? What was I doing on weekends? Because right now I’m happiest when I’m out in the field while before, you know, I would’ve been, oh, I’ve gotta go to the mall. I’ve gotta go to the salon.

Growing indigenous foods, I looked like a lunatic because I was doing something people didn’t know. Whatever I planted, people came from the agricultural department, and they wouldn’t understand why I didn’t have rows and rows of the same vegetable, like spinach, cauliflower or zucchini. I was on less than 2 hectares, and there were more than 30 crops. That, to them, did not make sense. And I told them that you guys don’t understand that before I can grow those things on a larger scale, I need to have the seed. And I cannot get the seed. If I need seeds, I would have to travel to different African countries. Or I have to apply for all sorts of import permits. So if I land my hands on a couple of seeds, I have got to grow those seeds for two or three seasons up until I’ve got enough to grow a hectare.We have our own seed bank that is quite extensive. We produce seeds for ourselves plus for other farmers and households. We are like a network; we keep a record of who we sell to and link people living in the same area as the seeds would have adapted to the environment. 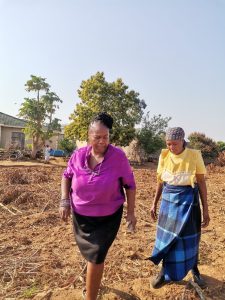 Many people are waking up to indigenous foods, and we’ve seen many chefs within the culinary spaces that are embracing indigenous ingredients. When people have tasted the foods they’ve eaten in a lovely restaurant, it encourages them to ask, where do I buy this?

The challenge we have in South Africa, and I don’t know how prevalent this is in other African countries: but if people grew up poor eating indigenous foods, they associate them with poverty. So, when you’ve got a job or a business, you are not going to be eating those foods; you are going to be eating your creamed spinach and brussel sprouts. And not foods that remind you of a time when you didn’t have options. When people say,’ I have bad memories of these foods, plus I ate too much while I was growing up.’ My question is, ‘So, do the Chinese ever get tired of eating fried rice and noodles? If they don’t, why are you getting tired of eating your own food? The Italians never get tired of eating pasta, but they’ve been eating it from infancy. You go to India, people are eating Indian food.

We are eating things that don’t have nutritional value or very little nutrients, and we are missing out on a lot of the nutrient-dense stuff that is good for us, that our DNA actually can process. A lot of people find that they are gluten intolerant. But they’re not even aware, and they’re busy eating bread made of wheat. And yet there are things like your cassava flour bread that they could be using and teff flour, that’s gonna be gluten-free. There is less resistance and a quicker uptake once people know what some of these food items are good for. And it’s part of us depoliticising the food because in South Africa, having lived deep under apartheid with people being segregated and living according to their different ethnic groups, people would say no to foods that other ethnic groups would eat. Once people know the health benefits, people are willing to embrace the foods. 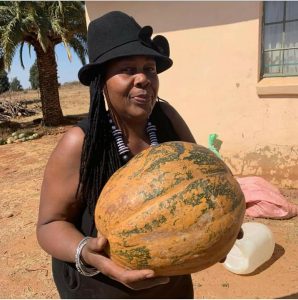 The introduction of malls in a lot of areas has made people think that their food can only come from a mall. They are being seen as a one-stop shop for everything. The pension sales points, where people receiving government grants would go once a month to receive their pension, were kind of neighbourhood markets. People would set up with an umbrella, which is not happening now with the automation of the system. We don’t see those outlets where people can go out and buy. The sad thing is that neighbourhood markets are in the affluent areas not in the townships or settlements. What you are going to find are plaza shops that are not big on fresh food.

I think we must eat our medicine. If you do not eat your medicine, if your food is not healing you, if your food is not nourishing, you are gonna spend the rest of your life on supplements. And if you are eating two or three meals a day, and yet you’ve got this medicine cupboard or your handbag full of medication, then there’s something wrong with what you are eating. So change your diet and look at making it more indigenous. All the lifestyle diseases we have result from what we eat. You look at child obesity rates, auto-immune diseases, the increase in autistic cases and ADHD and all the other ailments people have. All of those things, you can actually trace them back to what people are eating. 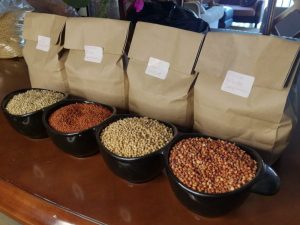 What drives me is getting people to connect and rekindle some of their childhood memories. When they walk through our fields and see what we are growing, it reminds them of their great grandmothers, their grandmothers, and their childhood growing up in whatever part of the country or the continent. When you see that spark, when somebody’s face lights up and says,’ Oh yeah, I know those beans. I don’t even remember the last day I ate them. ‘or ‘Oh no. My Granny used to…, or when somebody says, you know what, the last time I ate this was when my mom was still alive.’ That just makes me so happy. To be able to say, I am really getting somebody to be in charge of their true self, with their emotions, because we have become a society where we are kind of burying our memories and just being on autopilot.

Personally, I’ve been able to reconnect. I’ve been able to get certain smells that remind me of something that happened while I was below the age of 10. It’s just been that journey where I remember who I am and what I’ve missed or what I’ve lost and what I’m actually now recovering. I wouldn’t trade my life for anything right now. I keep on saying, I think I had the perfect midlife crisis. and it sent me into farming.

At SheEvolves, I see my role as the coordinator and responsible for creating an environment where we can realise our vision as a collective. Today, my passion for creating spaces where Black and Brown African women can share their voices has grown more fervent. ¿Do you need anything from SheEvolves? Don't hesitate to write us at our Contact page!

I want to make my husband happy, to honour his name, to give him a child

This a gentle reminder to step out of your comfort

Part of why we share stories and poems on SheEvolv

Poem 1: Desire The things I desire They interrog